Rangnekar, a recipient of the prestigious Power Business Excellence Award 2019 for, Best Social Entrepreneur and Shinde, the initiator of the NoSUP Campaign in Goa, which was achieved as a Team at Arannya Environment Research Organization that conducts awareness sessions at schools and colleges were the resources persons for the day.

Shinde in his session shed light on the plight of the environment and its habitat drastically affected by overpopulation, industrial developments, etc. He also stated that we are slaves of our conveniences and this results in the laziness of not segregating our garbage which threatens the earth. The two videos that were screened emphasized how animals suffer serious injuries and even death, due to improper segregation of waste and dumping of waste in the water bodies. The audience was deeply moved by the incident of a sea turtle that was entangled in the nets. He ended his presentation by sharing the estimated amount of plastic used every day and the solutions one can adapt to reduce this by focussing on the 5R’s – Reuse, Recycle, Reduce, Refuse, Rethink.

Rangnekar in her presentation highlighted how citizens need to recycle plastic keeping in mind the 5R’s. She stressed on the importance of using less plastic items by refusing to accept plastic packings while bringing attention to the urgent need to segregate dry and wet waste.

The talk was educative and an eye opening one that left the participants pondering on the consequences that result from the carelessness of humankind. The session ended with a vote of thanks proposed by academic members of DBC Panjim Ms Analiese Ferrao, FY BAMC. Tannniya Kirtani of FY BAMC introduced the speakers, Shraddha Rangnekar and Vignesh Shinde. 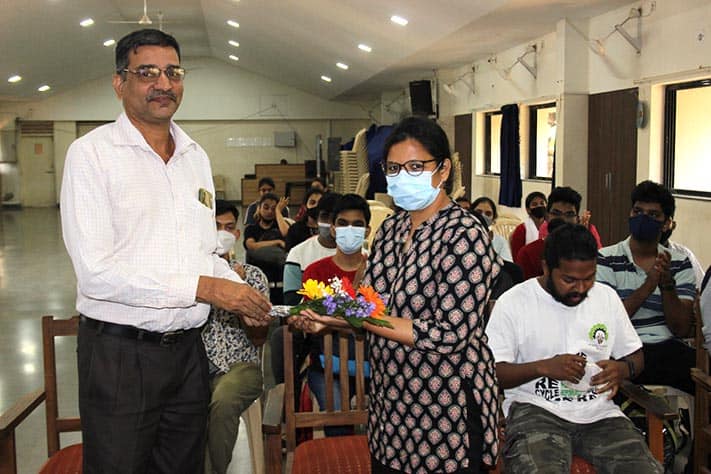 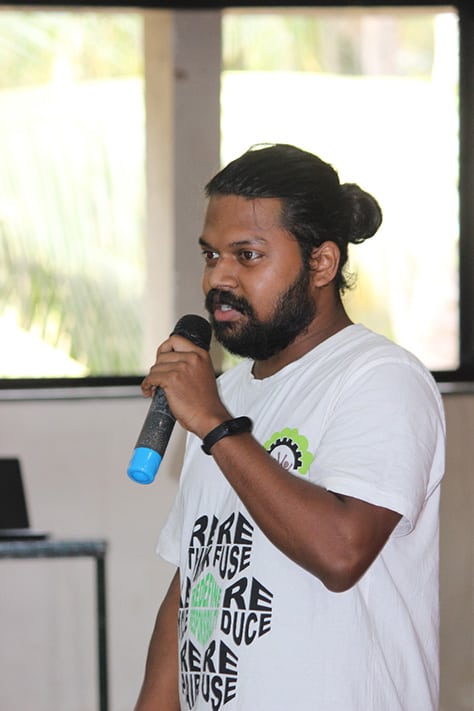 Vignesh Shinde initiator of the NoSUP Campaign in Goa