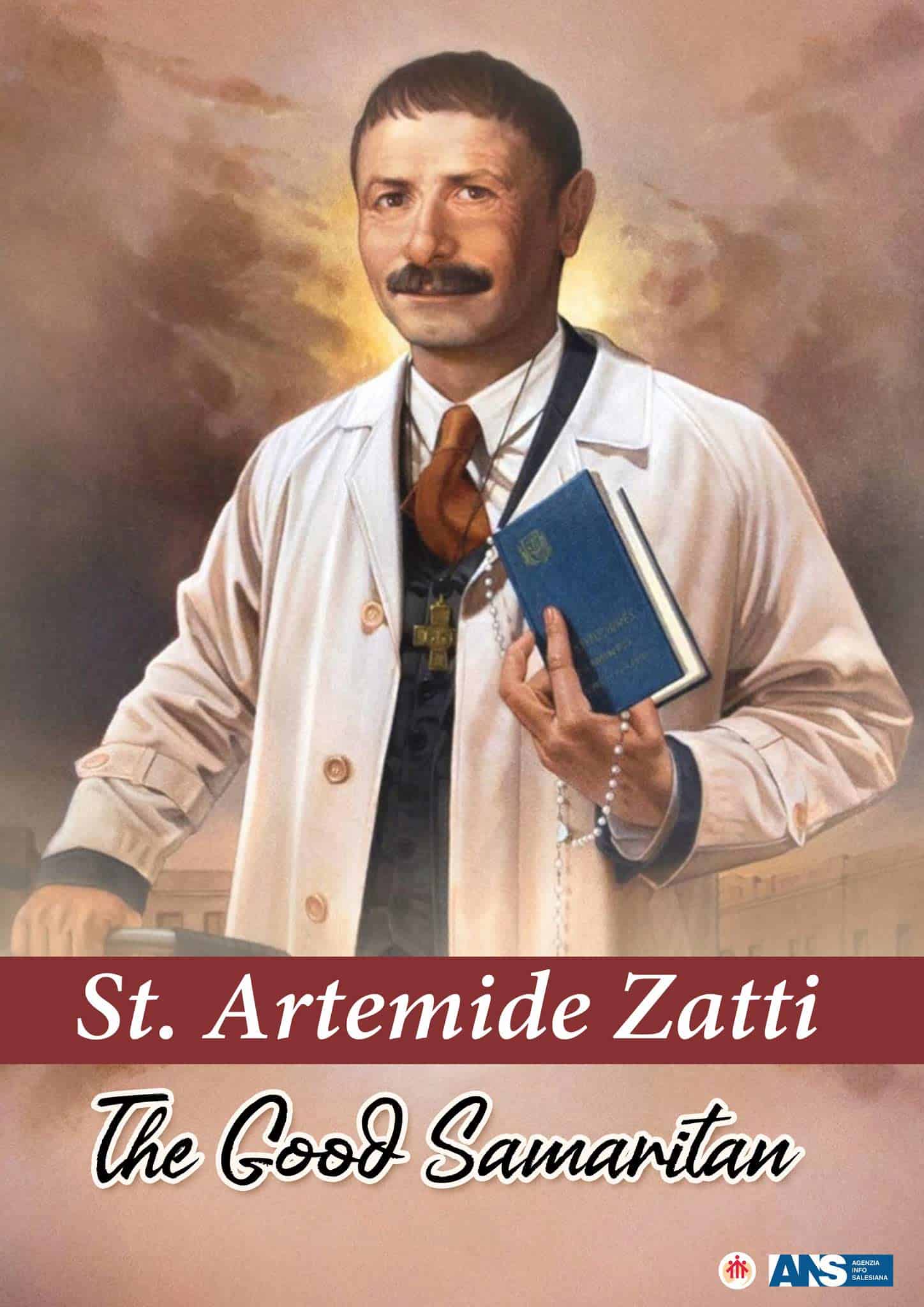 (ANS – Vatican) – On 9 April 2022, the Holy Father Francis received in audience His Eminence Cardinal Marcello Semeraro, Prefect of the Vatican Congregation for the Causes of Saints. During the Audience, the Supreme Pontiff authorized him to promulgate the Decree concerning:

The miracle attributed to the intercession of Blessed Artemide Zatti, Professed Layman of the Salesian Society of St John Bosco; born on 12 October 1880 in Boretto (Italy) and died on 15 March 1951 in Viedma (Argentina).

Artemide Zatti was born in Boretto (Reggio Emilia) on 12th October 1880. It did not take long for him to experience the hardship of sacrifice, so much so, that at the age of nine he was already earning his living as a farmhand. Forced by poverty, the Zatti family emigrated to Argentina at the beginning of 1897 and settled in Bahia Blanca. The young Artemide immediately began to frequent the parish run by the Salesians, finding his spiritual director in Fr Carlo Cavalli the parish priest, a pious man of extraordinary goodness. It was he who directed him towards Salesian life. He was 20 years old when he went to the aspirantate in Bernal.

While caring for a young priest suffering from tuberculosis, he contracted the disease. The paternal concern of Fr Cavalli – who followed him from afar – facilitated Zatti to go to the Salesian House in Viedma, where there was a more suitable climate and above all a missionary hospital with a good Salesian nurse who was like a “doctor”: Fr Evasio Garrone. Fr. Evasio Garrone invited Artemide to pray to Mary Help of Christians to be healed, suggesting that he make a promise: “If she heals you, you will dedicate your whole life for these sick people”. Artemide made this promise willingly and was mysteriously cured. He would later say: “I believed, I promised, I got healed”. His path was now clearly marked out and he embarked on it with great enthusiasm. He accepted with humility and docility, the renouncing the priesthood, though it costed him much. He made his first profession as a lay brother on 11th January 1908 and his Perpetual Profession on 8th February 1911. In keeping with the promise he had made to Our Lady, he immediately consecrated himself totally to the Hospital, initially taking charge of the adjoining pharmacy, and when Fr. Garrone died in 1913, the entire responsibility of the hospital fell on his shoulders. He became deputy director, administrator and an expert nurse, esteemed by all the patients and by the doctors themselves, who gave him greater and greater freedom of action.

His service was not limited to the hospital, but extended to the whole city, and even to the two towns on the banks of the Negro River: Viedma and Patagones. In case of necessity, he travelled at all hours of the day and night, in any weather, to the hovels of the suburbs, and doing everything free of charge. His fame as a saintly infirmarian spread throughout the South and he received sick people from all over Patagonia. It was not uncommon for the sick to prefer the visit of the holy infirmarian to that of the doctors.

Artemide Zatti loved his sick in a very touching way. He saw Jesus himself in them, so much so that when he asked the sisters for a dress for a new boy who had just arrived, he would say: “Sister, do you have a dress for a 12-year-old Jesus?”. His care for the sick was done with great care that it had its own delicate nuances. Some people remember seeing him carrying the body of a patient who had died during the night on his shoulders towards the mortuary, to remove it from the sight of the other patients: and he did this while reciting the De profundis. Faithful to the Salesian spirit and to the motto bequeathed by Don Bosco to his sons – “work and temperance” – he carried out a prodigious activity with habitual readiness of spirit, with a heroic spirit of sacrifice, with absolute detachment from any personal satisfaction, without ever taking holidays or rest. It’s said that the only five days of the rest he had were spent… in prison! Yes, he had also known the prison, because of the escape of a prisoner in hospital, for which the blame was on him. He was absolved and his return home was a triumph.

He was a man very easy to deal with, with a great energy of sympathy that he manifested and gladly spent time to talk with the simple people. Above all, he was a man of God, and he radiated Him. One doctor at the hospital, who was rather incredulous, said: “When I saw Br. Zatti my disbelief faltered”. And another exclaimed: “I started believing in God ever since I met Br. Zatti”.

In 1950, the tireless infirmarian from a ladder and it was then that the symptoms of a cancer appeared, which he himself clearly diagnosed. However, he continued to carry out his mission for another year, until, after heroically accepting his suffering, he passed away on 15 March 1951 in full consciousness, surrounded by the affection and gratitude of an entire population.