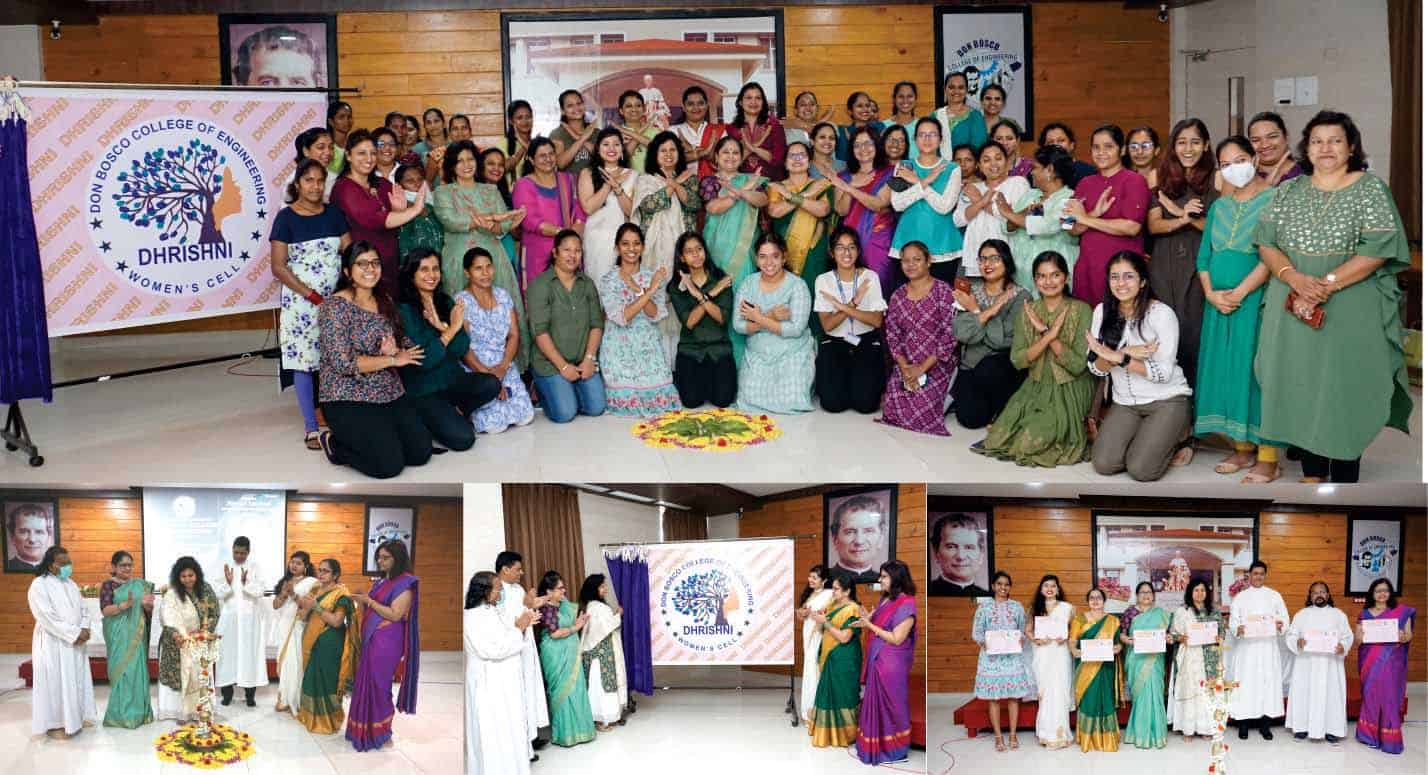 Chief guest, Indian playback singer and lyricist, Hema Sardesai, addressing the gathering said, if we do work for the world then we are following God. The epitome of a woman, the strength of the world, is a woman- the mother who does and has carried the world ahead with the support of the father. She went on to say that the two things that adhered in the world were control and choice- that which a mother teaches. We need to do more and be more for us and for everyone around us. Be rock solid and know that you are a woman and a woman takes the world far more ahead she added.

Principal DBCE, Dr Neena Panandikar welcomed the Chief Guest and said, the woman’s cell is a unique platform to enhance skills, self – confidence of women here at DBCE and an opportunity to contribute towards society with the quote, we are strongest when we cheer each other on. She appreciated Gladys Dasilva for all her many years of dedication and hard work as a teacher. She applauded the creativeness in the logo for DHRISHNI that was conceptualised by Grebian Alemao. She ended by wishing everyone a happy women’s day

Director DBCE, Father Kinley D’cruz spoke on how Saint John Bosco had great women who played a great role in his life. He narrated that it was his mother who said he might be a priest one day. He mentioned about the Daughters of Mary help of Christians as part of a Salesian endeavour. He said, a women’s cell in a Salesian institute says a lot about how we Salesians think and go about with our tasks. He went on to add that no doubt that behind every man is a woman, it is time for the man to fade away and the woman to take centre stage. He further added, women move beyond doing house hold chores, they have come a long way, they are self-reliant and constantly pushing the boundaries. He then recited a beautiful poem about a woman who knows her worth and brings joy to others just by being herself.

The world would not function without women who have made great strides socially, politically, culturally and emotionally.

Rector DBCE, Father Paul D’souza also mentioned that International Woman’s Day 2022 is a beautiful moment for everyone to celebrate the strides made in women empowerment globally.

Gladys Dasliva was felicitated on the occasion for her remarkable work as a teacher which she continues to do even after more than 34 years of service. She advised the teachers at the gathering saying, take one day at a time, believe in yourself and judge the students by looking at their face and not their words.

The DHRISHNI logo was also unveiled on the occasion followed by a short video presentation displaying images of all women at DBCE over the years took everyone down fond memory lane.

Aishwarya Mahale, student of DBCE entertained the audience with a dance performance that also saw the audience tapping their feet to the beat of the music.

Christina Barretto, welcomed the gathering with a brief introduction to Dhrishni and introducing the theme for International Woman’s day 2022, Break The Bias. Janhavi Naik proposed the vote of thanks. 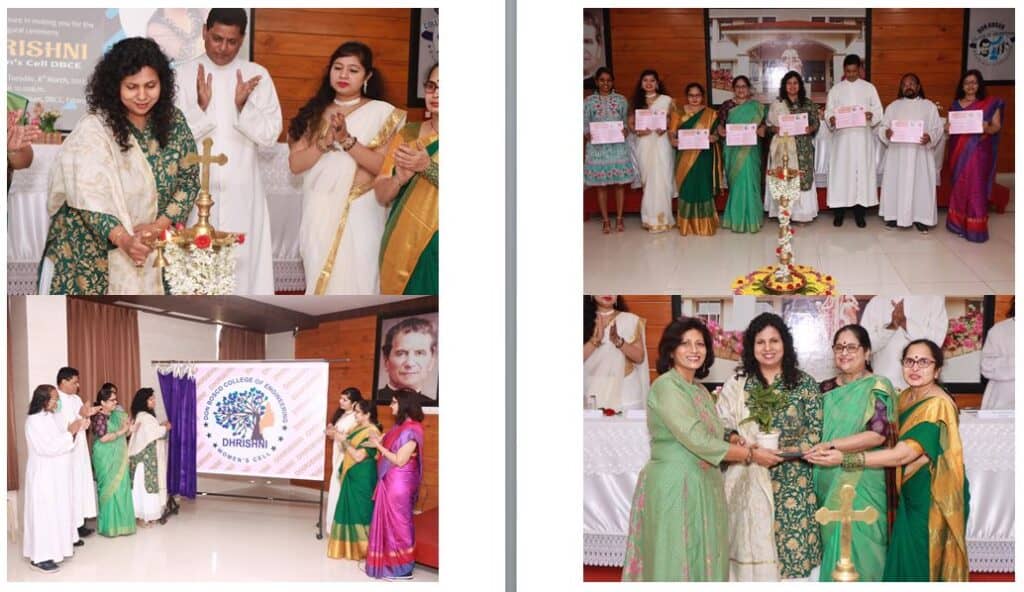