Enthusiasm grows for Feast Day of Mary Help of Christians 2022 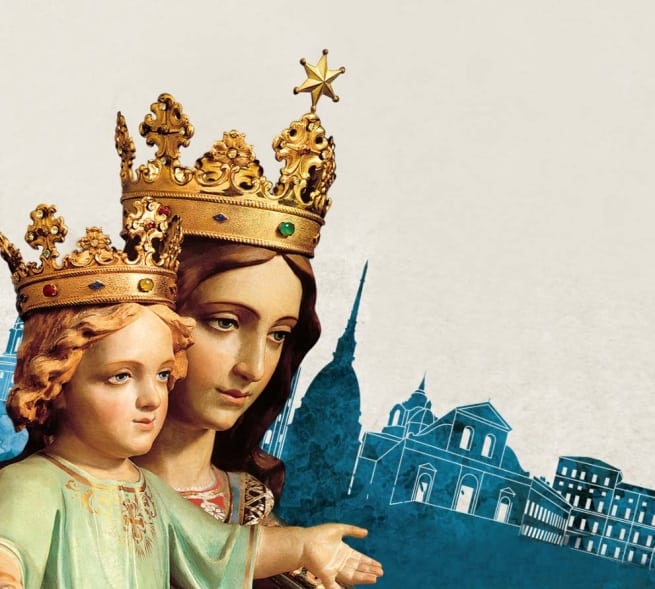 (ANS – Rome) – Every year May 24 is a day of true joy for the whole Salesian Family: it is the day on which the “Madonna of Don Bosco,” Mary Help of Christians, is celebrated. In Turin, at the Basilica dedicated to Her, because of the anniversary, great celebrations have been planned, this year, finally, even with greater possibilities of participation than in the last two years, which were marked by the pandemic. At the same time, to encourage global participation in the celebration from around the world, the main events will be streamed live on the ANS Facebook page.

Then, as of last Monday, May 16, the preparatory journey to the Feast began with a program that includes, for each day, an evening Vespers Mass animated by a different Salesian community in Turin and an evening of prayer with Rosary, Eucharistic Adoration, and “Salesian goodnight” by different youth groups or the Salesian Family.

But the highlights are:

– at 7 p.m. (UTC+2) – the First Vespers presided over by the Rector Major, Fr Ángel Fernández Artime;

– from 10 p.m. to midnight – the Marian Vigil animated by the Salesian youth of the International Institute of Turin “Crocetta”;

In particular, the 8:30 a.m. Mass, presided over by Fr. Leonardo Mancini, Provincial of the Salesians of Piedmont-Aosta Valley and Lithuania (ICP), will be broadcast live on TV2000 and RETE7, as well as on the Basilica’s YouTube channel.

Then, from 5 p.m. until the end of the day, ANS, thanks to the collaboration with “IME COMUNICAZIONE,” will follow and broadcast live, in five languages (Italian, English, Spanish, French and Portuguese) all the main events. It will begin with links and interviews curated from the Turin studio by Fr. Moreno Filipetto, ICP’s Social Communication Delegate; and will then continue with the most anticipated acts by the entire worldwide Salesian Family:

– from 8:30 p.m. – the Procession of Mary Help of Christians through the streets of the neighborhood, presided over by Msgr. Cesare Nosiglia, Archbishop Emeritus of Turin.

Even in the waiting time between the end of the Mass and the beginning of the procession, Fr. Filipetto and his guests will keep the faithful from all over the world company, accompanying them to experience the Salesian Feast of Mary Help of Christians in an atmosphere of devotion and joy.