(IUS – Rome) – On January 27, the Fourth day, Fr. Oscar Lozano began and directed the session with members of the assembly to discuss, review, and vote on the draft of the two important documents “Policies 2022-2026” and “Policies 2022-2026” that will be sent to the congregation for approval which will then serve as strategic actions to guide the IUS in the following period. One of the key points for the elaboration of the common Programme 6, is the importance of its response to the actions established by the congregation in the last General Chapter, also alining the guidelines, plans of actions, and objectives with the General Chapters´ proposals is what makes this new Common Programme trace a common path.

Fr. Marcelo Farfán concluded the morning session with the presentation of the “Orientations for a Pastoral Care in the IUS” document, which seeks to implement the campus ministry model with Salesian identity in each of the institutions, this will ensure the evangelizing intentionality of the Salesian Institutions of Higher Education. Through this document with pastoral perspective, institutions will reflect on their identity and their understanding as Institutions of Higher Education. Fr. Marcelo emphasized that each institution should integrate the pastoral plan in its institutional project, also include Pastoral Animation teams within the institution that will ensure the application of evangelizing intentionality model.

On the afternoon sessions, María Sol Villagómez, General Coordinator of the IUS Education Group, presented the “Contemporary educational challenges: Salesian education for innovation and participation in crisis contexts”, which showed how institutions of IUS of America, Europe, Asia, and Africa, part of the IUS Education Group which is made up of 22 institutions, had a response in unexpected situations in the face of the pandemic caused by Covid-19, the general coordinator also mentioned the challenges that the IUS have identified in the management, process and educational context to be faced in the next months.

The Academic Networks were also presented which have general orientations that facilitate each university academic community the elaboration of its own cultural – scientific-technological – educational – and Salesian pastoral project, in order to motivate and initiatives that contribute to the relationship between the IUS. The groups that are part of the IUS Academic Networks include the Electronics Network (RECAL), Electric Networks and Smart Cities (RECI), the IUS Interculturality Network (RIUSI), the CIAGEN Network and the IUS Education Group. 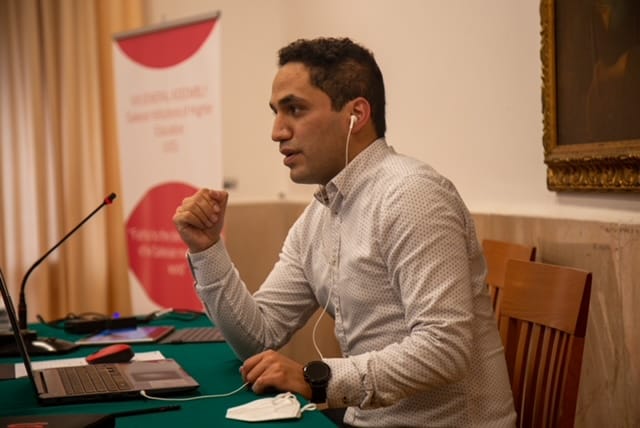 Pedro Rodríguez, Coordinator of the IUS Website Management, detailed the objectives such as forming an institutional and academic synergy within the IUS Website, at the same time generating communicational diffusion through the Portal. He also highlighted the importance of the website at the international level as a strategic connectivity tool for internal and external communication of the network. Pedro Rodríguez lastly mentioned the future objectives of the website which include increasing its public and users in digital channels, enhancing the publications section within the site.