Canada – “Walking together”: Pope’s journey under the banner of reconciliation and consolation 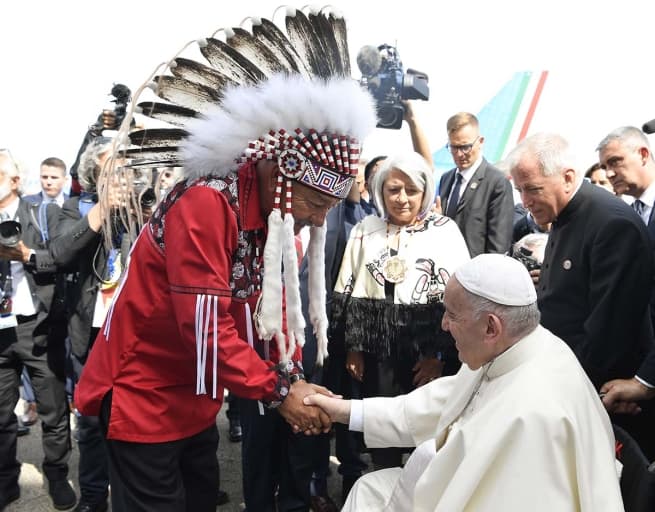 (ANS – Edmonton) – An apostolic journey that is first and foremost “a penitential pilgrimage, which I hope, with God’s grace, may contribute to the journey of healing and reconciliation already undertaken,” as Pope Francis himself defined it in the Angelus of July 17. This is what the pontiff is doing in Canada – July 24-30, with stops in Edmonton, Maskwacis, Quebec, and Iqaluit – to ask for forgiveness and bring consolation to indigenous peoples who are victims of colonization.

“Sadly, in Canada, many Christians, including some members of religious institutes, have contributed to the policies of cultural assimilation that, in the past, have severely harmed native communities in various ways,” the Holy Father said again on the same occasion July 17.

“Since I was appointed nuncio in 2021, I have been able to live immersed in the particular atmosphere that has been created in Canadian society with attitudes that are very critical of the Church because of its past,” Msgr. Ivan Jurkovič, Apostolic Nuncio to the country, commented. “Mind you, the Church has done many good things, but here we are talking about the involvement in the preservation of the cultural identity of the indigenous people. Although the popes and bishops have spoken several times, explaining and even apologizing, there was a need to address the problem differently.”

“Walking Together” is, not surprisingly, the motto of the trip – expressed in English and French, Canada’s official languages – which represents the 37th apostolic journey for Pope Francis and the fourth visit by a pope to Canada, following those of St. John Paul II in 1984, 1987 and 2002, for WYD Toronto.

Today, Monday, July 25, the first two appointments are scheduled: at 10 a.m. (UTC-6), a visit to indigenous peoples in the reserves of Maskwacìs, 100 kilometers south of Edmonton; at 4:45 p.m., a new meeting with indigenous people in the Sacred Heart Church in the presence of the parish community.

The program, which includes a combination of public and private events, with an emphasis on indigenous participation, will include still other significant stops in the coming days: tomorrow, July 26, the Feast of Saints Joachim and Anne, which is greatly felt by indigenous peoples, Pope Francis will celebrate Mass at the “Commonwealth Stadium,” and in the evening he will participate in the pilgrimage in honor of St. Anne on the shores of Lac St. Anne.

On July 27, the Pope shall travel to Québec, where he will be welcomed with a welcoming ceremony at the Governor General’s Residence and meet with civil authorities, representatives of Indigenous Peoples, and the Diplomatic Corps. Also in Québec, on July 28 he will celebrate Eucharist at the National Shrine of Sainte Anne de Beaupré and vespers with clergy, seminarians, and pastoral workers at Notre Dame de Québec Cathedral.

On the morning of July 29, he will have a private meeting with members of the Society of Jesus and later with a Delegation of Indigenous people present in Québec, before departing by plane to Iqaluit, south of the Arctic Circle. There the Pope will experience the Private Meeting with some pupils of the former “Residential Schools,” established in the late 1800s and the last decades of the 1900s by the Canadian government and entrusted to the local Christian Churches, including the Catholic Church, to culturally assimilate indigenous children.

The last meeting, before the Farewell Ceremony at Iqaluit Airport and the return to Rome, will be with the youth and the elderly.

“”We pray that this pilgrimage will be another significant step in the long journey of healing, reconciliation, and hope” 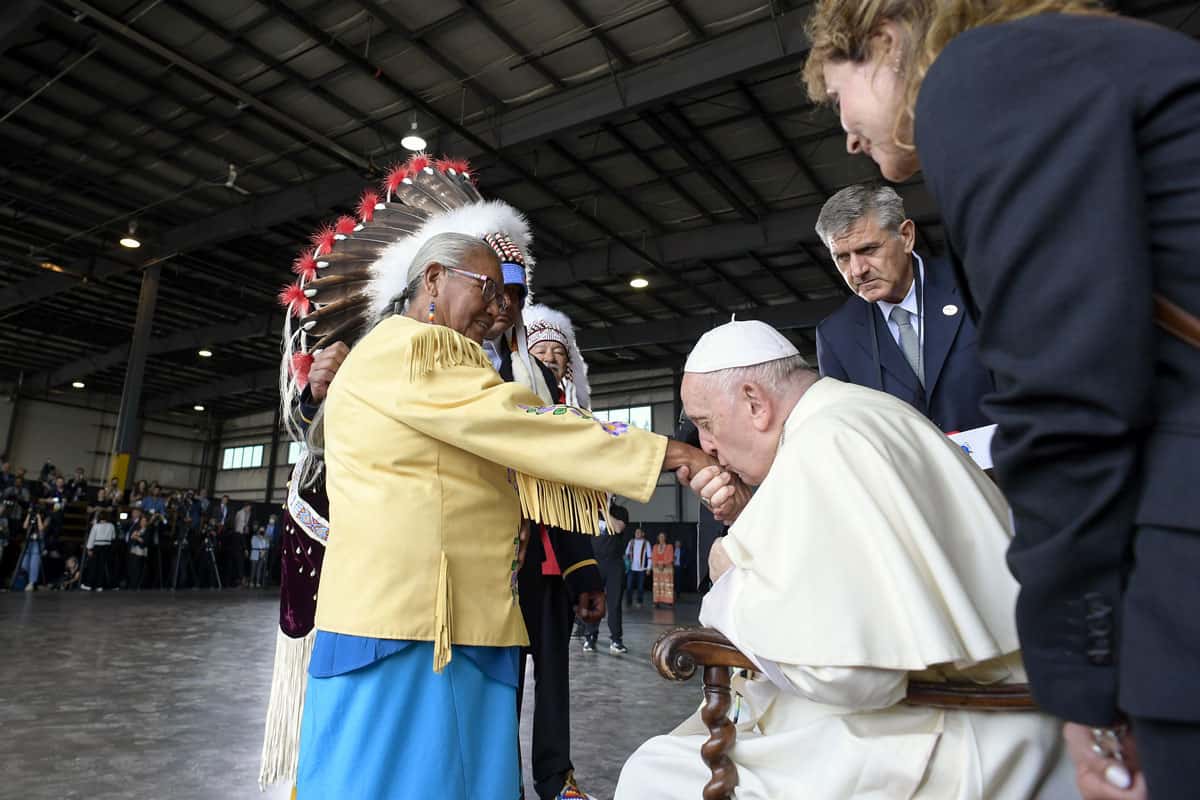 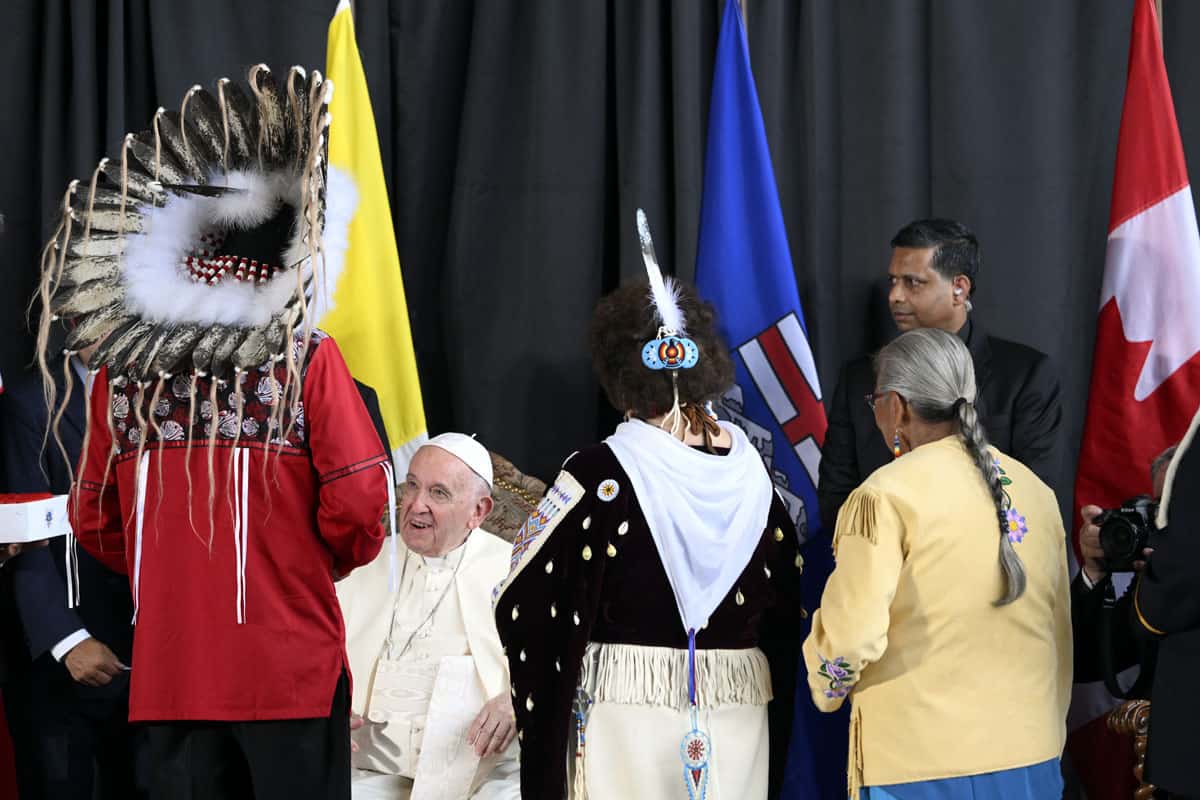