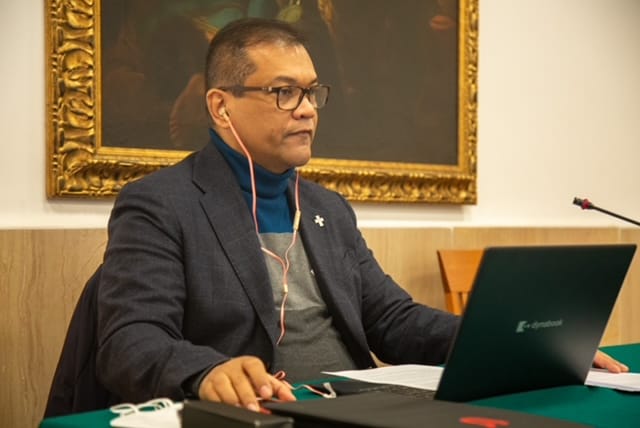 (ANS – Rome) – The General Assembly of the Salesian Institutions of Higher Education (IUS) comes to a close today, 28 January. For the occasion, Fr Oscar Lozano, the new IUS Coordinator since last September, explores and shares the journey made through this meeting with ANS readers.

What was the objective of the Assembly?

The assembly is a scheduled appointment, held every five years. Its purpose is to evaluate the work done in the previous period and plan the following five years accordingly. This edition, however, should have taken place a year ago, but due to the pandemic, it was postponed twice, until now.

The pandemic has also affected the program of the event because, although not the central theme, it has become a transversal theme to all the others.

And what emerged on the subject of the pandemic?

We were interested in observing how the pandemic has affected our IUS above all from several aspects, including the economic one. It was important to discuss how the impacts of the pandemic in this area have been managed, also considering that many of our IUS are entities that do not have sponsors or huge funding behind them.

The other aspect on which we wanted to create a dialogue was that of service to the most disadvantaged young people, to the more ‘working-class’ sectors, which is one of the hallmarks of our IUS. We then assessed how our IUS have been able to continue to reach out and take care of these people, who are themselves deeply affected by the pandemic and its consequences.

Finally, another aspect examined could not but be that of the changes in teaching imposed by the pandemic. On this point, it should be noted that some IUS were already equipped, but most had to adapt on the spot, moving forward as the pandemic progressed.

At the document level, what did you focus on?

The assembly assessed the level of implementation of the policies of the Joint or Common Program 5, i.e. the program common to all the regional coordination of the IUS approved in the past General Assembly, and it worked on and approved the new Common Program 6. The two texts are in continuity with each other as the policies to be pursued in the coordination of the IUS are long-term. What can be emphasized is that for Common Program 6 an effort was made to design it entirely based on the approaches, guidelines, and objectives issued since the 28th General Chapter. Obviously, there was already consonance at a fundamental level in the previous texts, but in this case, an attempt was made to create a document that is a reflection – at the level of objectives, processes, lines of action – of what has been issued by the Rector Major and by the Youth Ministry Department.

Also important was all the work done on the Pastoral Program – which concerns pastoral work in the IUS – which has already been put into practice ad experimentum for two years and which has now been approved.

Finally, how did the assembly proceed?

As I said, there were difficulties in organizing it, and some regions were more penalized than others, due to flight closures, limitations… But we managed to have at least one representative from each continent. And those who were unable to attend the meeting in person were able to communicate through digital resources with other representatives from the same region, who were able to make their opinions heard in the assembly’s deliberations.

In conclusion, just to have been able to realize this assembly, after many hardships and many changes, leaves us with a message of resilience and hope.